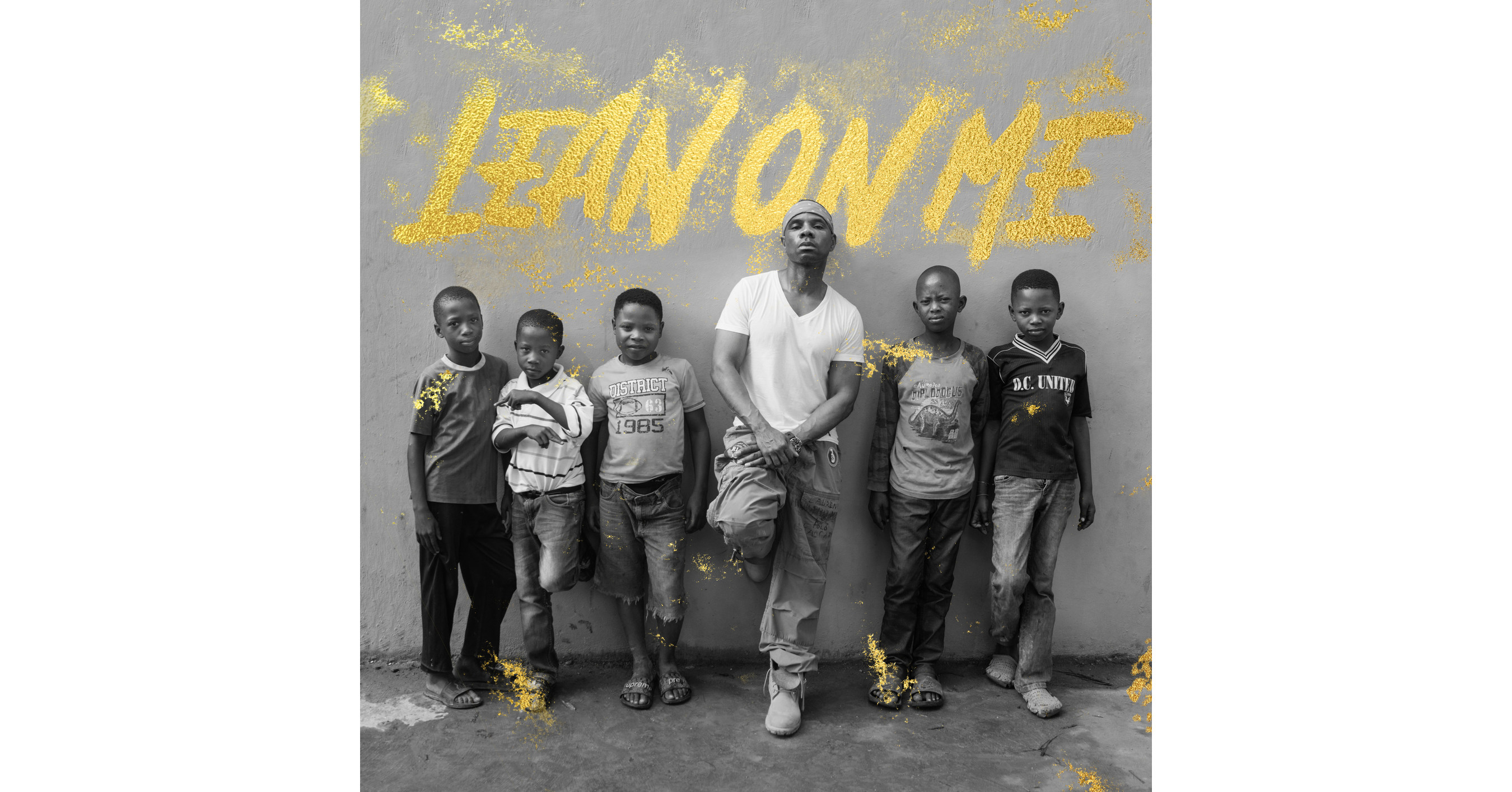 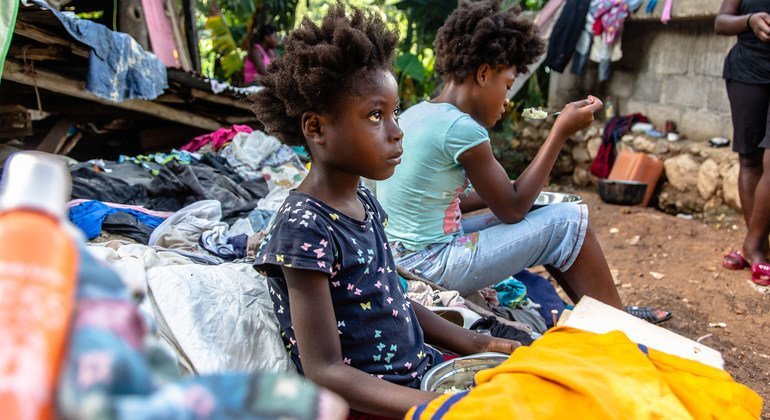 Almost half of the world’s children are at serious risk from the rapidly deteriorating global climate.

Today, the famous young eco-warrior and Nobel Peace Prize nominee could make her wish come true because she, along with other youth activists, has collaborated with UNICEF, a United Nations agency working in more from 190 countries and territories to deliver humanitarian and development assistance to the world’s most disadvantaged children and adolescents – to launch an alarming new report which found that one billion children around the world are “at extremely risk high ”in the face of the impacts of climate change.

Published ahead of the United Nations Climate Change Conference in Glasgow, Scotland in November, and on the third anniversary of Fridays for Future (FFF), the global youth-led climate strike movement and founded by Thunberg, “The Climate Crisis Is a Child Rights Crisis” is the first climate report to combine high-resolution geographic maps detailing global environmental and climate impacts with maps that show regions where children are vulnerable due to a range of stressors, including poverty and lack of access to education, health care or clean water. The report presents the new Children’s Climate Risk Index (CCRI), a composite index that ranks nations based on children’s exposure to climate shocks, offering the first comprehensive look at how exactly children are affected by the climate crisis, offering a roadmap for decision-makers seeking to prioritize actions based on those most at risk. Nick Rees, a policy specialist at UNICEF who focuses on climate change and economic analysis and one of the report’s authors, told The Guardian that “[i]t essentially [shows] the likelihood of a child’s ability to survive climate change.

“For the first time, we have a complete picture of where and how children are vulnerable to climate change, and that picture is almost unimaginably dire. Climatic and environmental shocks undermine the full range of children’s rights, from access to clean air, food and clean water; to education, housing, freedom from exploitation and even their right to survive. Virtually no child will be spared, ”said Henrietta Fore, Executive Director of UNICEF. “For three years, children have raised their voices across the world to demand action. UNICEF supports their calls for change with an indisputable message: the climate crisis is a crisis of children’s rights.

In addition to finding that about 1 billion children, or nearly half of the world’s child population, live in countries “at extremely high risk” of climate impacts, the report found that almost all children in the world. planet have been exposed to at least one climatic or environmental stressor, such as air pollution, floods, heat waves, tropical storms, floods or drought. In addition, the report found that 850 million children, or about a third of the world’s child population, are exposed to four or more stressors.

“Children bear the heaviest burden of climate change. Not only are they more vulnerable than adults to extreme weather conditions, toxic hazards and the illnesses they cause, but the planet is becoming a more dangerous place to live, ”write Thunberg and three other young FFF climate activists. : Adriana Calderón from Mexico, Farzana Faruk Jhumu from Bangladesh and Eric Njuguna from Kenya, in the preface of the report. “In 1989, virtually every country in the world agreed that children had the right to a healthy environment in which to live, to clean air to breathe, to water to drink and to eat. Children also have the right to learn, relax and play. But with their lack of action on climate change, world leaders are failing that promise, ”add the four young activists, all members of the international youth-led global strike movement Fridays for Future. “Our future is destroyed, our rights violated and our appeals ignored. Instead of going to school or living in a safe home, children experience famine, conflict and fatal disease from climatic and environmental shocks. These shocks push the world’s youngest, poorest and most vulnerable children even deeper into poverty, making them harder to recover the next time a cyclone hits or a forest fire breaks out. “

“One of the reasons I’m a climate activist is because I was born into climate change like many of us were,” Mitzi Jonelle Tan, a young woman, told the Guardian. activist from the Philippines who also helped launch the UNICEF report. “I have such vivid memories of doing my homework by candlelight as typhoons raged outside, wiping out the electricity and growing up fearful of drowning in my own room because I would wake up in a flooded room. “

In addition to detailing the climate risks facing the world’s children, the CIRB reveals a disturbing injustice about who ultimately faces the consequences of climate change. The 33 countries at extremely high risk for children, including the Central African Republic, Chad, Nigeria, Guinea and Guinea-Bissau, are collectively responsible for only 9% of global carbon dioxide emissions. This finding supports related research published in a 2020 report produced by Oxfam which found that the richest 1% of the population is responsible for 15% of cumulative emissions – twice as many as the poorest half of the country. world population. “Climate change is deeply inequitable. While no child is responsible for the rise in global temperatures, they are the ones who will pay the highest costs. Children in the least responsible countries will suffer the most, ”said Fore.

The authors of the UNICEF report link this climate inequality to COVID-19, saying the pandemic “has revealed the depth of what can go wrong if we don’t listen to the science and act quickly in the face of a crisis global. He laid bare the inequalities across and within countries – the most vulnerable are often pushed further into poverty due to multiple risk factors, including limited access to vaccines, creating vicious circles that are difficult to identify. ‘escape. “

In order to avoid the worst impacts of climate change, the world’s net man-made carbon dioxide emissions must be reduced by almost half by 2030 and reach “net zero” by 2050, according to the Group. intergovernmental experts on climate change (IPCC), UN. body that assesses the current state of climate science around the world. The main problem is that the nations of the world are not meeting their goals to achieve those goals. In fact, a report released by the IPCC on August 9 found not only that climate change was “unequivocally” caused by human activity, but also that within two decades, rising temperatures will cause the planet to hit. a significant turning point in global warming, with average global temperatures expected to be above 1.5 degrees Celsius above pre-industrial levels, causing more frequent and intense heat waves, droughts and weather events. UN Secretary-General António Guterres has called the IPCC’s discouraging findings a “code red for humanity”.

“Today we use 100 million barrels of oil every day. There is no policy to change that, “Thunberg said in a speech to some 10,000 people gathered for a climate protest in Helsinki, Finland in 2018.” There are no rules for keep that oil in the ground so we can’t save the world by playing by the rules because the rules have to change. Everything must change and it must start today.

In its report, UNICEF calls on governments and businesses to protect children from the climate crisis not only by reducing greenhouse gas emissions, but also by increasing investments in health and hygiene services, education and clean water; providing children with climate education and green skills; include young people in climate negotiations and decision-making; and ensuring a “green, low-carbon and inclusive” COVID-19 recovery “so that the ability of future generations to face and respond to the climate crisis is not compromised”.

In December 2011, during the COP17 climate talks held in Durban, South Africa, activists marched through the streets to call for action in the negotiations. Christiana Figueres, who at the time was the executive secretary of the United Nations Framework Convention on Climate Change (where she then oversaw the establishment of the Paris climate agreement in 2015), told protesters that children have one message for climate negotiators: “Do more, do more, do more. A decade later, as the Earth’s atmosphere warms at an unprecedented rate over the past two millennia and economists suggest the Paris Agreement may be doomed, it becomes painfully clear that the The UN – and the world’s political and business leaders – haven’t I almost don’t do enough.

“There is still time for countries to commit to preventing the worst, including setting the appropriate carbon budgets to meet the Paris targets and, ultimately, taking the drastic measures needed to move the economy away from fuels. fossils ”, write the UNICEF report, the young activists Thunberg, Calderón, Jhumu and Njuguna, who are committed to the fight against the climate, even if it means missing more days at school. “We will strike again and again until policymakers change the course of humanity… We must recognize where we are, treat climate change as the crisis it is and act with the urgency required to ensure that today’s children inherit a livable planet.

This article was produced by Earth | Food | Life, a project of the Independent Media Institute.

Reynard loki is a writer at the Independent Media Institute, where he is editor and correspondent for Earth | Food | Life. Previously, he was editor-in-chief of environment, food and animal rights at AlterNet and reporter for Justmeans / 3BL Media covering sustainability and corporate social responsibility. He was named one of FilterBuy’s Top 50 Health and Environment Journalists to Watch in 2016. His work has been published by Yes! Magazine, Salon, Truthout, BillMoyers.com, CounterPunch, EcoWatch and Truthdig, among others.