Malaria is an infectious disease transmitted by mosquito bites Anop"/> 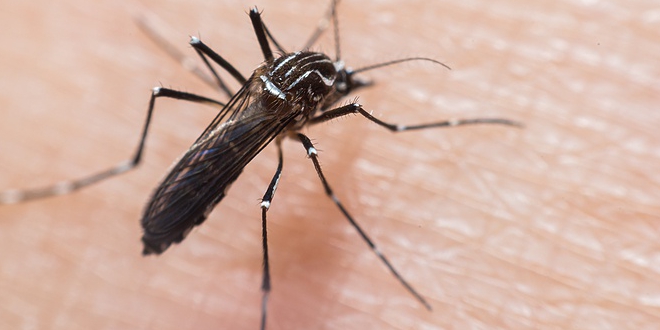 In the first eight months of this year, the number of reported malaria cases in Cambodia was 2,428, down 62% from the same period last year when 6,313 cases were recorded, according to the National Center for Parasitology, Entomology and Malaria Control. (CNM).

CNM director Huy Rekol told The Post on September 9 that the reason for the significant drop was due to increased public awareness of the spread of malaria and how to prevent it through increased attention to the disease. problem by partner organizations.

“Therefore, the way to control the spread of the disease is to control the numbers of these mosquitoes, which can be accomplished when the community and all stakeholders involved work together,” he said.

Rekol also noted that there have been no deaths from malaria in Cambodia since 2018, demonstrating the success of the government’s National Strategic Plan for Malaria Elimination in Cambodia (2011-2025).

“Prime Minister Hun Sen has implemented a National Malaria Strategic Plan to 2025. This strategy is working and implementers and our partners have followed it to achieve these positive results as expected.” he said, adding that the strategy was actually three years ahead of the targets set out in its timeline.

Rekol advised people living in mountainous areas or traveling in the mountains to be extra careful and to stay alert for symptoms of malaria so that they seek help immediately if they suspect they have it.

Rekol also stressed the importance of using mosquito nets in areas at risk of malaria transmission and those who have been in those areas should go to a malaria examination center for a free test if they have encountered a lot. mosquitoes.

“And if someone tests positive for malaria, we can provide treatment that is almost 100% effective. All malaria-related treatment, drugs and supplies are free, ”he said.

The project will help Cambodia fight malaria and save lives, with the total elimination of malaria transmission being its overall goal.

Chhean Victor, head of the malaria control program in Chamkar Leu district in northern Kampong Cham province, said the number of malaria cases in his area has declined over time and that he was now happy to see that there were no cases so far for 2021.

“Since 1987, there have been quite a few cases of malaria in my area, but they have gradually diminished. We have taught people who go to the forests to use mosquito nets, and health officials have also distributed mosquito nets to people for free. I think this awareness and better use of mosquito nets has helped a lot, ”he said.

Previous Covid has a “devastating” impact on the fight against HIV, tuberculosis and malaria: Global Fund
Next FDA’s inaction on children’s vaccines is hurting our children