Aptive Environmental wins gold at the 2021 Best in Biz Awards 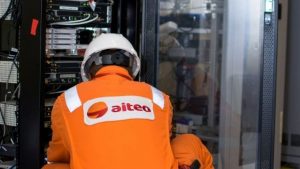 Sir: I write with dismay about the proposed health sector budget allocation of 820 billion naira for the year 2022, despite the fact that the region is supposed to represent the lion’s share of the budget due to the number of Nigerians suffering from the global epidemic. They often struggle to pay their medical bills, and there are few well-equipped local and state public hospitals.

Unfortunately, the health sector received only 5 percent of the budget, which is lower than the 15 percent reported by African Union leaders. However, I wrote an article where I called the President’s attention to his trip to London to see a doctor published in the Daily Trust on Sunday June 27, 2021, where I urged him to, instead of those frivolous trips abroad, to rehabilitate our dilapidated hospitals. But it seems he hasn’t heard of my suggestion.

There are countless primary health care centers and general hospitals run by state governments where lower class Nigerians go for medical treatment, but the hospitals are run down and have inadequate medical supplies.

Take, for example, malaria and cholera: two diseases that spread like wildfire. Almost the majority of Nigerians attend these primary health care centers and general hospitals because they are much cheaper to run. The federal government should prioritize them in this regard.

Despite contributions from international health donors to the sector, we have failed to reduce, if not eliminate, cholera, malaria and other deadly diseases. This year, Nigerians have not received or purchased enough mosquito nets. As the disease claims the lives of too many Nigerians.

In short, I would like to implore the federal government to take into account as a matter of urgency my observations and suggestions for achieving an optimal health system in our dear country.

Mallam Musbahu Magayaki is from the Department of Health Education, Aminu Saleh College of Education, Azare.